On Tuesday, New York City Mayor Bill de Blasio announced a new rule: Starting later this month, if you want to eat indoors at a restaurant, go to a gym or visit an indoor entertainment venue, you have to show proof of vaccination by flashing your vaccination card or a city or state mobile app. Same deal if you want to work at any of these places. The city will start to enforce the rule in September.
Tuesday’s announcement may put New York City restaurants in a tricky spot. After a brutal year, restaurant traffic began to bounce back this spring when people started getting vaccinated and restrictions on indoor dining lifted. The new rule means restaurants will have enforce another set of pandemic restrictions. About 66% of adults who live in the city are fully vaccinated, according to the city’s data. When including children, that number drops to 55%.

But some New York City restaurants are welcoming the new requirement. They hope that the measure will help avoid another shutdown, and are looking for support from the city to help them put it into place.

Erin Bellard, who owns e’s Bar in Manhattan, said that she thinks the vaccine requirement is the right move.

“The worst thing for the hospitality industry would be for us to have to go back to limited occupancy, or being shut down again,” she said. “So as hard as the vaccine mandate may be on us, it is still better than that. Which is why ultimately, I think this is the way to go.”

Bellard’s bar is located in a zip code on the Upper West Side where about 80% of adults and 71% of all residents are fully vaccinated, according to data published by the city. But Bellard is worried that patrons from other neighborhoods may push back on the new rules.

“I’m concerned that a portion of our clientele will be alienated,” she said. “I’m nervous for my business,” she said, adding that July was the first month e’s Bar was making sales similar to 2019.

The National Restaurant Association, an industry trade group, is concerned that the new regulation will saddle restaurant workers with yet another difficult responsibility — tussling with customers over their vaccination status.

“Now, without training, our staff members are expected to check the vaccine status of every customer wanting to eat inside the establishment,” Larry Lynch, senior vice president of science and industry for the group, said in a statement Tuesday. “When mask mandates across the country were put in place, restaurant workers suffered terrifying backlash when enforcing those rules,” he said, adding that he hopes the city will work with the National Restaurant Association to “ensure there is clear guidance and support for our workforce.”

Bellard isn’t too concerned about this issue. At her bar, employees are used to carding people, she noted. Asking them to check people’s vaccination status as well won’t be much of a stretch from their normal practices. And Bellard had already required that employees get vaccinated, she said, so that part of the requirement won’t make an impact.

Getting the word out

Amanda Cohen, the chef and owner of the vegetarian restaurant Dirt Candy, agrees that the new requirements are a positive development. “Our goal is to keep people as safe as possible,” she said. “And I think this is the right way to do it.”

Cohen, who began asking patrons for proof of vaccination of her own volition this week, thinks that the city’s requirement will make it easier to get customers to cooperate. “It takes the onus … off the business,” she said. “Yes, we still have to ask for it. But people know they’re gonna have to show it.”

The mayor said on Tuesday that “to confirm vaccination all you need is your vaccination card or the NYC Covid Safe app, or the Excelsior app from the State.”

Cohen thinks that the new regulation will be easier to implement than the mask mandate. “You’d ask people to wear their masks, and they’d look at you like you invented this law,” she said. With vaccination status, you ask for it once. With a mask, you may have to ask customers to pull it up repeatedly. And when they do, they might not keep it on, or they might wear it incorrectly. This should be a more straightforward process.

Still, Cohen has some concerns. “What I worry about … is that the word isn’t going to get out fast enough,” she said. Without a strong communication campaign, some people might show up unprepared. Luckily, she still has outdoor space and can direct holdouts or people who are unaware to those spots. “But it’s a risk I’m willing to take as well, if we lose some money,” she said.

Tren’ness Woods-Black, vice president of communications and strategic partnerships at the Harlem soul food restaurant Sylvia’s, said restaurants “would never want to police someone’s personal decision … but when it comes down to a matter of health and safety, health and safety comes first.” Woods-Black has lost loved ones to Covid-19. Knowing that employees and patrons coming into the restaurant must be vaccinated gives “us a strong sense of comfort.”

Woods-Black expects implementation to be a challenge. “Is it going to be easy? No,” she said. “But guess what, it’s better than having freezer trucks lined up again, floating hospitals, and the overall trauma that comes with being locked in.”

The city is planning to offer restaurants resources in order to help them comply with the new rule, said Mitch Schwartz, director of rapid response and deputy press secretary at the mayor’s office. He added that there will be more to say in the coming weeks. The city will begin inspections and enforcement of the rule on September 13.

Woods-Black, who is also a board member of NYC Hospitality Alliance, which represents thousands of bars and restaurants, said support from the city will help. “It’s going to take a lot of dialogue,” she said. “And a lot of people coming together and working together.”

Tags: Business It'll be tough for restaurants to card for vaccines. But they're happy to do it - CNN 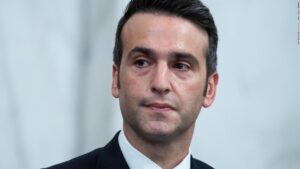 August 4, 2021
As debate around school mask mandates heats up, local health officials fear for their safety As debate around school mask mandates heats up, local health officials fear for their safety